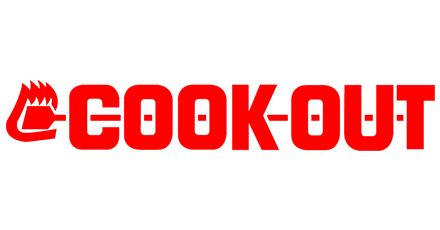 Editor-in-Chief Daniel Mayes shares his take on the Jacksonville dining scene—including his love for Cookout. (photo courtesy of Cookout).

You’re about to be spending a large portion of your time in a new city, so, understandably, you want to know more about the food options you’ll have to choose from. I fancy myself as sort of a foodie, so here is my take on the dining situation in Jacksonville and the surrounding areas.

If you’ve never eaten at Cookout, it’s a must for one of the first things to do once getting to campus. It’s basically the college student’s paradise. Their “Cookout Tray” is basically the Wendy’s “4 for $4” on steroids, with an entrée, two sides (with choices like a quesadilla, chicken nuggets, or a full size chicken wrap), and a drink all for $5. It’s as great as it sounds. Cookout is even open til 3 a.m. on Friday and Saturday and 2 a.m. the rest of the week, so it’s great for a late night food run.

Jacksonville has no shortage of options for my favorite food, which is chicken wings. Struts and Jefferson’s have some of the best, and they have great deals on their wings on Wednesdays (Wingsday). Both locations also have some other great food on the menu, but if you’re like me, you won’t be able to get something other than wings when you are there.

WiseGuys on the square has wings that are almost as tasty as their pizza. WoW’s are especially delicious when it’s 11:30 and your body decides to get the craving for wings and none of the other options are open (not an uncommon occurrence for yours truly).

Jacksonville has a wide variety of sandwich shops, with two Subways, a Momma Goldberg’s, and a Jimmy Johns, which just opened in April and definitely lives up to it’s Freaky Fast ® promise.

There’s a coffee shop in Jacksonville called Java Jolt, and it has a broad selection of coffees, pastries, and more, and it’s great for a study session with friends (or those mornings when you don’t want to talk to anyone until you have some caffeine in your system).

The best dessert treat in Jacksonville is definitely Mad Hatter Cupcakes. They have lots of different flavors of cupcakes (my favorite is the Pucker Up, a lemon cake with lemon meringue icing). I made up a slogan for the cupcake shop, but something tells me they wouldn’t like it: Come to Mad Hatter and you’ll get a tad fatter!

When you are feeling a little fancy, Jacksonville is also home to Effina’s, an Italian restaurant located just off campus, and Yamato Steak House of Japan. Effina’s has a great pesto sauce that I affectionately refer to as “besto”, and Yamato has a wide selection of Sushi and other Japanese flavors.

Just down the road in either direction you’ll find some of the larger chain restaurants, like Red Lobster, Olive Garden, and the like, in Gadsden and Oxford.

Gadsden is also home to my single favorite restaurant, Tre Ragazzi’s Italian Café. It’s worth at least one trip during your college career. Try the Limone Parmigiano & Potatoes. You won’t be disappointed. Trust me.

But back to campus. Jack Hopper Dining Hall and Gamecock Diner are good enough options and have a wide variety of pretty good selections. The Theron Montgomery Building (TMB) has Chick-fil-a(!) and Freshëns Fresh Food Studio, which has customizable salads and rice bowls.

My salad order, chicken with croutons, bacon, tomatoes, gorgonzola cheese, and Roadhouse Barbecue Ranch dressing is particularly good. I refer to it as the Daniel Special, but the employees at Freshëns don’t know it as that name (with your help, we can change that)…

Be the first to comment on "Gamecock Guide 2018: A dining guide from a food-obsessed editor"